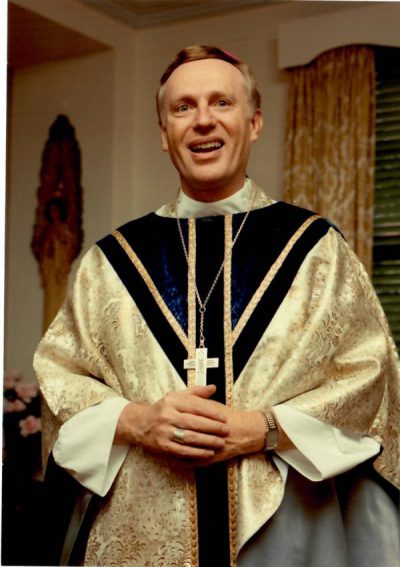 During the summer of 1958, Father Joe Connolly, the Chaplain of the Carmelite Motherhouse in Germantown, invited Matt Clark and myself, both college seminarians at the time, to attend a night game between the New York Giants and St. Louis Cardinals at the old Polo Grounds. It was a wonderful treat to watch the great Stan Musial hit two homers into the right field bleachers and witness the incomparable Willie Mays make some spectacular catches in centerfield. Because the game concluded so late, on the way back home we stopped at the Motherhouse for a night’s sleep. The following morning we gathered for breakfast in the chaplain’s dining room and Mother Angeline stopped by to greet us. What a magnetic
personality she had. She treated the future bishop of Rochester and myself like the most important people in the world. She assured us of her prayers for our perseverance in the pursuit of priestly ordination. In addition, she gave each of us a relic of Pope Saint Pius X to serve both as our intercessor and role model. What an unexpected and treasured gift! Nineteen years later, I encountered Mother Angeline again when as the newly ordained Bishop of Albany, I had the privilege of presiding at the liturgy when the novices took their first vows in the Motherhouse Chapel. Mother was in failing health but still radiated her love for priests and the priesthood. After the ceremony, all the clergy in attendance were treated to a gastronomical feast, capped by a special gift to remember the occasion. My final meeting with Mother took place on her deathbed a few days before she passed. Although in and out of consciousness, she acknowledged my presence and assured me she was uniting her redemptive suffering for the benefit of myself and the priests of our diocese. Mother Angeline will hopefully be canonized for founding the dynamic community of the Carmelite Sisters for the Aged and Infirm and for her pioneering ministry in the field of gerontology. But I’ll always remember her for her palpable love of priests and her encouraging kindness to two lowly seminarians. 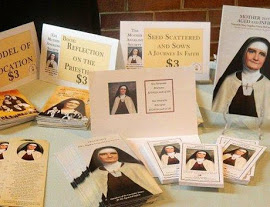